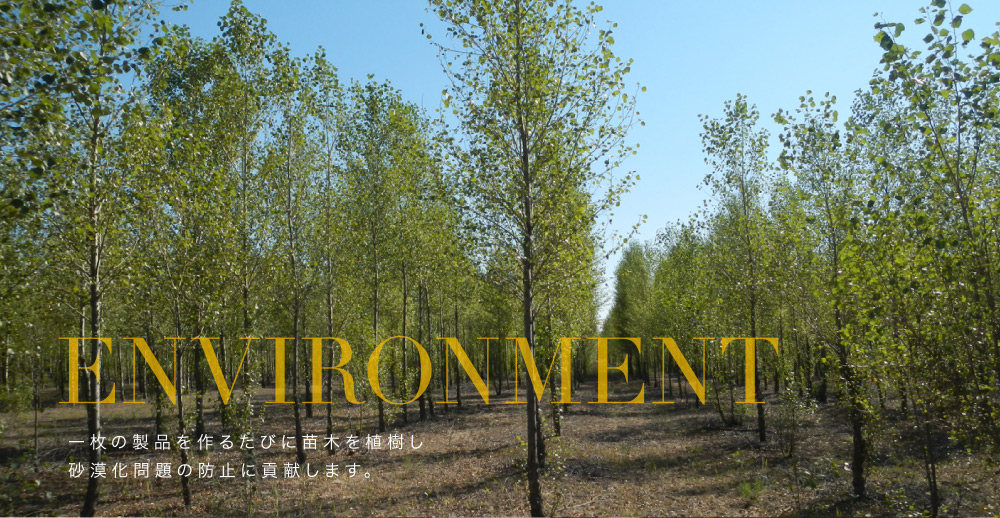 We face the herdsmen who produce cashmere, and there are also those who love cashmere. To protect the natural environment and maintain the continuity of the best quality cashmere is Lixindu Japan's wishes.

There is a saying that one of the causes of desertification is grazing goats. We joined the orld desert green belt Association. We feel very sad. To stop the desert from expanding, there is a volunteer tree planting team around the Alxa Tengger Desert. They dig wells to raise seedlings and plant trees, and regularly inject precious water into the seedlings. The workload and difficulty are daunting. We decided to donate it to this volunteer group in the hope that the seedlings can grow rapidly. We have created a donation project, that is, the plan to pay for one cashmere coat and one tree seedling, to donate 100% Alashan cashmere products. We hope that many cashmere lovers can participate in this project together.

The occurrence of climate fluctuations, droughts, dust and yellow sand is a major problem that threatens the health of the people of the world. Half of the world's poor are living in desertified, soil exhausted areas. Chronic undernutrition, poverty, fear of disease and death are often present, and by 2050, it is estimated that 150 million people will become environment refugees and become international problems. "GREEN BELT PROJECT"will help solve this problem. 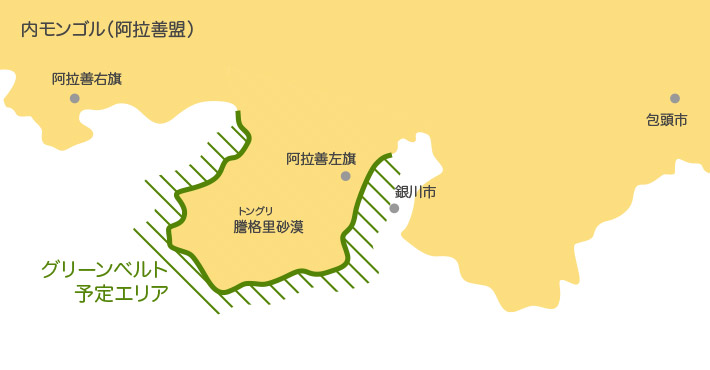 "Nahiya" is Mongolian, which means "seedlings" and "children". On earth, grasslands and forests are disappearing due to the expansion of desertification and deforestation. It directly affected the local natural environment, worsened the regional economy, and resulted in poverty and lack of access to education. It is through planting trees that Nahiya Fund can protect the ecology of these areas, and at the same time, it can revitalize the local economy and education. By planting trees, the environment can be regenerated, and the tourism industry and the sales of local products can be promoted. Nahiya is carrying out the activities of "planting trees and educating people". Lixindu Japan agrees to support the activities of the Nahiya Fundation" and is promoting the social contribution activity of "planting one seedling in Inner Mongolia for every original product produced".

Back to Page TOP